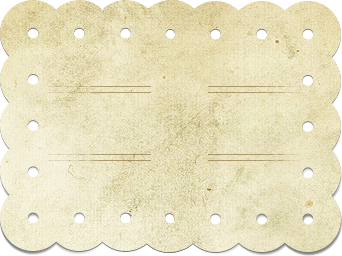 Afternoon Tea, 1886. Chromolithograph after Kate Greenaway. If you're looking for finger sandwiches, dainty desserts and formality, afternoon tea is your cup.

You're an American in London. You've visited Buckingham Palace, Big Ben and the Tower of London, but there's one more thing you want to check off your to-do list: tea.

No, not just any tea. We're talking a good, old-fashioned English tea time, with finger sandwiches, dainty china cups and all the formality a Downton Abbey lover could wish for.

But wait, you know nothing about taking tea in Britain. Should you raise your pinky while sipping? And, more importantly, what time do the Brits take tea, anyway? Not to worry. The Salt is here to explain British social tea times.

First up is elevenses, which you might have heard of as a hobbit's third meal of the day. Outside of Middle Earth, this late-morning work break involves a light snack — think muffins, scones or biscuits — and a hot tea or coffee. It occurs, as the name implies, at 11 in the morning.

The tradition of elevenses actually isn't that old, says Bruce Richardson, a historian who specializes in British tea. He speculates that the custom popped up in the 20th century, because there's no reference to the term in 1800s literature. Even so, elevenses is strongly engrained in today's British culture — a 2009 article in The Telegraph called it a "vital element of our traditional way of life."

"People always want to know about that genesis moment: when God said, 'Let there be tea,' " Richardson says. "But the truth is that things came about slowly over time in Britain."

As we've reported, Portugal's Catherine of Braganza is credited with introducing tea to England after marrying King Charles II in 1662. That got people curious about this new brew, but it wasn't until the 1800s, when tea prices dropped dramatically and it became affordable for everyone, that the culture of tea really took root.

Afternoon tea — the kind of fancy-schmancy affair where we might spot Lady Mary of Downton Abbey — emerged as a social event sometime around the 1830s or 1840s, Richardson writes in A Social History of Tea. And Anna Maria Russell, duchess of Bedford, led the pack.

Anna Russell, duchess of Bedford. According to the accepted legend, the duchess — and her hunger pangs — created the afternoon tea tradition.

Back then, lunch for the upper crust was generally a light repast served at noon, and dinner occurred no earlier than 7:30 p.m. As legend has it, during one long, food-less afternoon, the duchess felt hunger pangs and ordered tea and snacks to her bedroom chamber. The refreshments did the trick, and Russell soon made this tea break a habit.

The duchess' well-heeled friends began joining her in this post-lunch tea ritual, the story goes, and the practice spread in aristocratic circles. Though some historical references call this ritual "low tea" — because the ladies would sit in low armchairs while sipping — afternoon tea was hardly a humble affair then. Nor is it today.

Here's where you'll find those crustless finger sandwiches and an array of dainty scones, cakes, macaroons and other tempting nibbles. Afternoon tea is generally served around 3 or 4 p.m. these days. Richardson says it's a time to mind your manners. Place your napkin on your lap and stir gently. Splashing tea, clinking cups and spoons and finger licking will make you appear beastly.

And definitely don't devour everything in front of you. Richardson recalls advice that international etiquette expert (and Liv Tyler's grandmother) Dorothea Johnson once gave him: You don't actually want to appear hungry at this meal — propriety calls for restraint.

If you think that's rough, tea etiquette was stricter back in the day.

"Women could tell a lot about a man by how he handled a tea cup back then," Richardson says. In the 1800s, he says, "a suitable mate could be easily dropped if you saw him mishandling how he put his spoon on his saucer after he stirred his cup."

Fortunately, the pressure is off when it comes to high tea.

Despite its name, high tea actually originated with the lower classes. Dinner was served midday in the 1800s, but in practice, working stiffs didn't have the luxury of an afternoon lunch break, so they took tea right after work with heartier fare — like pies, meats and cheeses — to sate their hunger.

Richardson says the name high tea probably evolved from the fact that this evening meal was served at proper dinner tables, rather than on couches or settees. Using the term "high tea" when you really mean "afternoon tea" is a dead giveaway you're American.

"The Ritz-Carlton staff in London always can tell it's an American when they call for high tea at 2 in the afternoon," Richardson says.

But no matter what you request, Richardson stresses, "Keep those pinkies down!"

"Americans in the Ritz's tea room stand out because they work so hard to keep their pinkies extended while holding their teacup," he says while laughing. "It makes you look pretentious."

Despite all these rules, don't get too hung up on proper behavior and not making a fool of yourself. British tea time is meant to be relaxing.

Richardson explains, "If you pay attention to your manners, put the napkin in your lap and keep your feet off the table, you'll probably be ok". 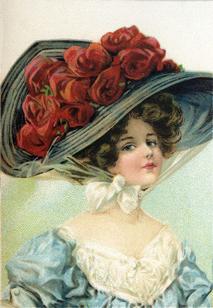 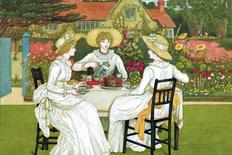